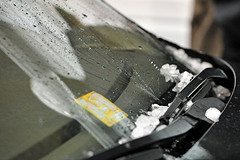 Storm damage has been a regular topic in the news in the UK over the past few months, particularly in the south of England. As a result insurance claims have been multiplying, mostly through water damage. However although it’s been mostly the foundations of homes and furniture that’s been damaged by the storms that cause nearby rivers to overflow, roofs haven’t escaped from the calamity caused by high winds either. So how do you stand with regard to making a claim for damage to your roof in the event of a severe storm?

Most roofs are covered by general buildings insurance

Roofs should be covered by your house insurer but they can be a bit of a grey area when it comes to insurance claims, particularly as it’s often necessary to prove that it was the storm that caused tiles etc to come off, rather than it being just the case that the roof that had been neglected. If the latter was the case you’ll often find your insurer rules that you are liable for not looking after the roof and refuses to pay out. This can prove quite a blow considering most roof repairs can turn out very costly.

In order to prove that the damage wasn’t caused by storm damage but rather poor maintenance, the assessor would be looking at the mortar. If it had worn away then he’d be satisfied the high winds weren’t to blame. He or she may even ask to see reports showing the roof had received regular inspections.

House owners can be liable for falling roof tiles

If your roof tiles come off and damaged a car sitting nearby or even another property then you would be liable for this although, again, this should be covered by your buildings insurance under third party liability. The chances of this type of claim are slim however since the car owners insurance should cover the damage and, in the case of the nearby property, the owners own buildings insurance.

House owners with flat roofs can be particularly vulnerable

Flat roofs, unlike the typical upside down sloping V shape, require regular maintenance and are usually replaced every decade or so.

Not all insurance companies are equal

Some insurers are happy to give those claiming for a roof repair the benefit of the doubt, particularly the reputable companies. But that doesn’t apply across the board. Your best bet is to speak to your insurer’s claims department to find out what rights you have.

Find out more about our Home insurance here