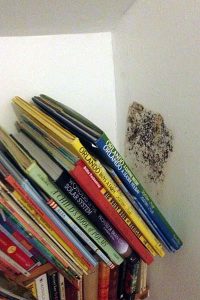 Mould, landlords and tenants: They’re a combustible combination. Tenants feel landlords ought to take responsibility for the problem and fix it ASAP without any cost to them. Landlords, on the other hand, often feel that mould and dampness caused by condensation are tenants’ fault because they dry clothes inside or keep the windows closed when they shower and cook.

Technically, it depends on the type of mould.

Landlords are typically responsible for mould caused by leaks, structural defects and ineffective or defective damp-proof courses. Theoretically, tenants are responsible for condensation-caused mould due to a lack of ventilation. However, it’s often difficult to prove exactly what the cause is and so determine who is responsible. In this case, consulting a damp expert is highly recommended.

If the expert determines that condensation caused the problem, landlords can pay for repairs out of their tenants’ deposit. However, if the tenants disagree, they can dispute the matter through the rent deposit protection scheme. An arbitrator will settle the matter.

Section 11 of the Landlord and Tenant Act 1985 makes it a legal requirement for landlords to solve damp and mould problems. They fall under the repairing obligations section. The Housing Health and Safety Rating System (HHSRS) also make treating and repairing damage caused by damp mandatory. The HHSRS also states landlords must ensure that tenants’ physical and mental health is not affected by mould.

Mould and Damp can be divided into 3 categories

Penetrating damp: This is the landlord’s responsibility because it results from water entering a property from an external source, for example, a leaking roof, leaking pipes, leaking gutters, and leaking windows.

Rising damp: This is the landlord’s responsibility because it results from crumbling plaster, rotten skirting boards and wooden floors, and no damp-proof course or ineffective damp-proof courses.

Condensation: This is the most common type of mould and can be attributed to tenants’ lifestyle, for example, drying clothes inside. Landlords and tenants often dispute responsibility. 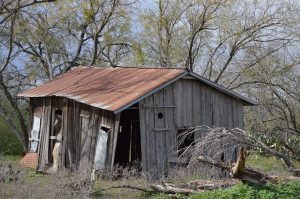 What can landlords do about mould and damp?

Landlords are legally obligated to maintain the structure of the building to ensure tenants’ safety. Part of this includes ensuring proper drainage so homes, flats, and basements don’t flood after heavy rains.

Another part is regularly applying a damp-proof course to problem areas, especially where rising damp is a risk. After a course has … run its course, landlords should inspect the areas to see if there is any damage to the plaster that needs to be repaired before starting another course.

Finally, landlords should be proactive about ventilation. It’s all very good and well to say that tenants must keep windows open and not dry their clothes inside. But how willing are landlords to follow their advice mid-winter? It’s far smarter to ensure that there is adequate ventilation from the start, especially in bathrooms and kitchens, which are prone to condensation-based damp. If possible, landlords can provide a tumble dryer (with ventilation) or a proper airing cupboard so that tenants don’t have to hang clothes over radiators to dry them.

A little bit of foresight and some maintenance can make mould a non-issue for landlords. At the very least, if they can prove that they’ve done everything possible to prevent mould from their side (receipts for damp courses, documentation of repairs, invoices for ventilation, etc.) and tenants complain of mould, landlords have a good case to prove that they are not at fault. 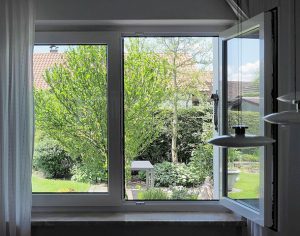 What can tenants do about mould and damp?

Tenants can get over themselves and stop waiting for their landlords to act. They can start thinking more proactively to ensure their own comfort and health. For example, if they know that ventilation is not the best, they can ask the landlord to improve it, and while they’re waiting, they can ensure windows are open during cooking and showering and when their home is full of guests. Just don’t put Nan in the draft.

Tumble dryers may be expensive, but there are small air-drying gizmos available that are far more affordable and fold away when not in use. Take a look at the cheesy adverts on TV or do a quick search online. Once bought, it’s yours, no matter where you move, so you always have a way to dry your clothes. It’s an investment really.

Wipe up any spills, drips or leaks immediately; don’t let any liquid pool. Standing liquid presents an opportunity for mould to grow, so mop up after a bath or shower or a vigorous dish-washing session. Report leaking pipes immediately and do your best to keep the area around the leak as dry as possible until it has been repaired.

Keep an eye on high-risk areas, including bathroom walls and ceilings, clothes cupboards, and around pipes. Report mould to your landlord as soon as you see the first signs. In some cases, it can be easy to fix the problem. You can get special mould cleaner from supermarkets, for example. However, if you wait too long and the problem gets worse, a more expensive fix is required. And that puts everyone in a bad mood.

What are the consequences of not dealing with mould?

Mould left unchecked can cause structural damage to the property. This affects the property’s value and also makes repairs difficult and expensive.

It can also cause health problems, especially if children, old people and people with asthma or other respiratory conditions live in the building.

As a rule, no. Technically, insurance cover doesn’t include preventing, treating and repairing mould and damp as they are maintenance tasks. Furthermore, if an emergency situation arises from a failure to properly address mould and damp, your landlord’s emergency insurance is unlikely to pay out.

However, if landlords take all due care to prevent and treat mould and damp, and an emergency situation occurs, it’s possible that insurance policies will pay out. After an investigation, of course.