2016 has been a heck of a year for landlords, and there are still 4.5 months to go. The latest is the revision of the government’s energy efficiency policy for landlords. It’s illegal for landlords to rent any property that doesn’t meet Band E energy requirements come 2018. Furthermore, they won’t get any help paying for improvements either.

The government believes its stance on financial support is reasonable. Not only will the changes save landlords money in the long run, but landlords typically also have enough equity to cover the upfront costs.

What are the costs?

Estimates vary. The government is capping costs at £5000. However, it’s expected that most landlords will only have to pay in the region of £1800 to bring their properties up to scratch. The biggest cost is replacing old boilers with new, more energy-efficient models. Cost estimates for this are between £2500 and £3900.

Other likely improvements include adding or enhancing insulation, for example, filling cavity walls. The cost for this is expected to be around £500.

All landlords will be affected, obviously. Well, actually, it’s not that obvious. Environmentally conscious landlords may already meet the requirements or find they have to do very little to bring their property up to the new energy efficiency standard.

Landlords with new builds (or relatively new builds) are also likely to be close to the new energy efficiency requirements. So they won’t have to make major (expensive) changes to comply.

Landlords with older properties (for example, Victorian and Edwardian), however, may find that improving energy efficiency is a relatively costly exercise.

All in all, it’s been reported that around 300,000 landlords will be affected.

According to the Residential Landlords Association (RLA), landlords are overburdened, and the government treats them like cash cows. And, of course, when landlords are pinched, tenants suffer. The RLA anticipates that the costs will inevitably push up rent across the UK.

Peter Armistead of Armistead Property also believes that, ultimately, tenants will be the ones to pay for the improved efficiency. He also believes the government should provide funding so landlords can help the country meet long-term energy goals.

The burden doesn’t need to be that heavy. 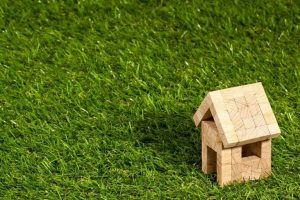 At least according to some property insiders. If landlords start slowly making changes now, they don’t need huge lump sums in a short space of time. Spread over a year and a half, the cost is not nearly so daunting.

It’s important not to overreact. The Department for Business, Energy and Industrial Strategy (BEIS) is still looking at different ways to implement the new standards, so guidance is forthcoming. Richard Twinn, policy adviser at the UK Green Building Council (UKGBC), says that it’s unlikely that the improvement costs will reach anywhere near the £5000 cap. The UKGBC commissioned a study a few years ago to determine the costs of bringing homes up to Band E standards and found the average cost was £1400. Prices are unlikely to have risen a great deal higher since then.

Twinn says landlords should consider the cost of improvements in light of their current maintenance and replacement costs. Any landlord with older model boilers can expect them to pack in sooner rather than later, and they would have to replace them with more energy-efficient models anyway. Now they have a timeline to manage costs instead of having to deal with an emergency.

When it comes to energy efficiency, compliance is best

Aside from the fact that it will be illegal for landlords to rent properties with substandard energy efficient ratings (prosecution and fines for flouting the law), there are other motivating factors. For instance, come 2018, buy-to-let mortgage providers will probably be reluctant to provide loans to landlords whose properties don’t meet the requirements.

Landlord insurance providers are just as likely to be sticky about compliance with the regulations. Landlords who don’t meet the Band E energy requirements may find insurance difficult to come by.

Finally, it is, ultimately to landlords’ advantage to make their properties more energy efficient. Not only will the changes result in savings (an estimated 11% saving per household by 2020), but research has shown that tenants are also more willing to pay higher rates for energy efficiency. Just don’t get greedy and make rent exorbitant.